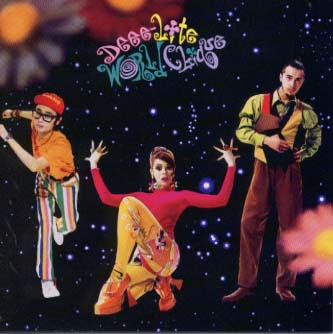 I made Ham Delights tonight with some leftover Easter ham. My poor sister had about 5 gallon-size Ziploc bags of it to hand out. I think the meat dept at her grocery store misheard her when she said she was having 27 guests - they must have heard 77. We've been eating ham ever since, which would explain my swollen fingers and heartburn. Pork is not the other white meat - it's the greasy pink meat that tastes good only in moderation.


Anyway, I made my Sister-in-Law's recipe for Ham Delights and I've decided to share it with you, because nobody should go even ONE MORE DAY not knowing how to make Ham Delights. They are easy, tasty, freeze well and the kids love them, therefore the perfect food.

My Sister-in-Law is a true Southern Belle from South Carolina. She's a fierce business woman who just completed her Master's Degree who can also come up with the most amazing food. And since her recipes are from the South you just KNOW they're going to be good. If she's bringing something to the potluck you'd better just loosen your pants now and get it over with.

And Ham Delights always makes me think of the group Deee Lite, with their swingin song "Groove is in the Heart", one of my all-time-favorites, but I digress.

1 med onion (I used a small one, did I mention heartburn?)
1 lb ham (I used more)
3/4 lb Swiss cheese (again, I used more and I use preshredded. I'm not lazy, I'm efficient. Actually it won't hurt to alter any ingredient)
2 sticks of butter or margarine, soft (Oh, Nelly! I always use much less)
3T. poppy seeds
1t. Worcestershire sauce
3T. prepared mustard
3 pkgs or more of party rolls = small buns

Preheat the oven to 325.
Using a food processor, chop the onion, ham, and cheese (unless you're using preshredded).
In a large bowl combine the butter, poppy seeds, wor. sauce, and mustard and add the onion, ham, and cheese.
Split the pans of rolls in half horizontally, leaving the sheet of bottom halves in the pan. Spread each bottom with the ham and cheese mix.
Top with the top halves and cut into individual servings by following the outline of the rolls. The rolls can be frozen at this time.
These can be placed in a shallow baking pan or make a "pan" out of foil. Top with more foil and seal.
Heat through: 25-30 minutes if frozen. About 15 minutes if fresh.

Oh my goodness! Would this work with Spam?

I heart ham. This sounds delicious. I'll be sure to make some when my 200+ lbs of pork arrives. Mmmmmm. Ham.

Groove and disease is in the heart, so sayeth Lady Miss Kier.

For years, my mother made sure to make a ham whenever I was visiting; she had this notion that I love ham. I don't love ham. I hate ham. I'm also allergic to pork. Finally, a few years ago, I took a polite oppurtunity to tell her this fact.

"Groove Is In the Heart" is going to be one of my featured "Occasional Forgotten Videos" in the very near future. It's one of my favorites. I had a major crush on singer Lady Miss Kir back in the day.

Need any more ham? I've got another four bags to go!! UGH.