For the first time in my life, I made pickles today.  And I'm bringing you on the journey. 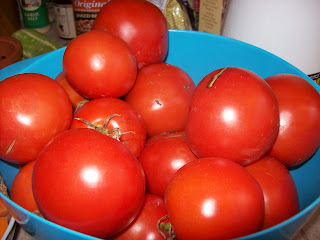 First stop was the garden, where I found I had finally achieved tomato success.  Anyone local want some?  I will have another bowlful like the above by Tuesday.   I feel some oven-roasted sauce coming on.  The onions however had completely drowned in their little raised bed - all our recent rain made onion soup.  I salvaged what I could: 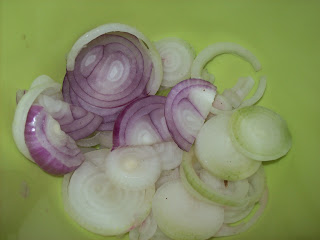 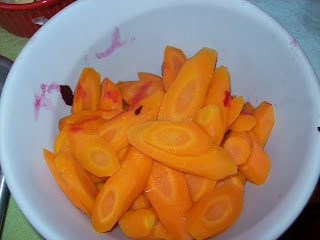 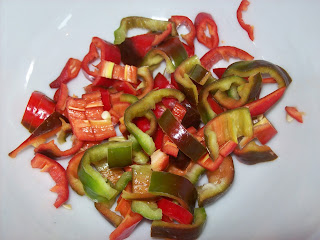 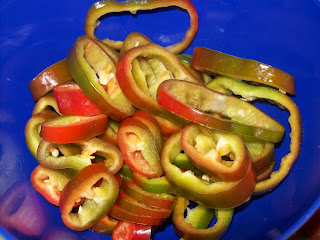 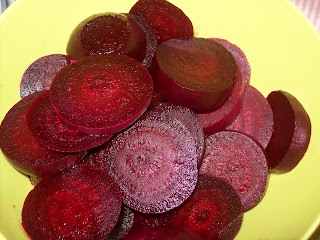 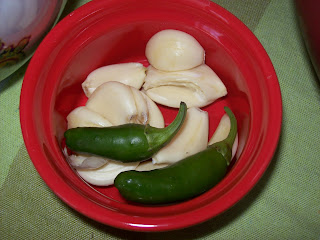 At this morning's farmer's market I bought some lovely carrots, sweet peppers, hot peppers and beets.  I boiled the beets and removed their skin, and blanched the carrots.  Also used whole garlic cloves and the only 2 little jalapenos I grew. 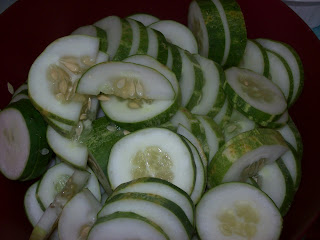 I also received a pile of free cucs from a friend.  They were big, and not exactly pickling cucs, but we'll eat them anyway. 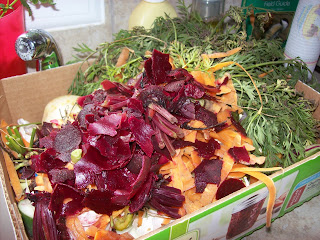 Look at this lovely pile that went into the compost.  If I was a true hippie I would have made stock from the leavings, but truth be told I'm a horrible hippie.  I like air conditioning and football. 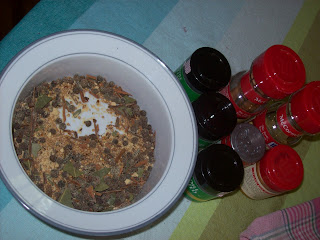 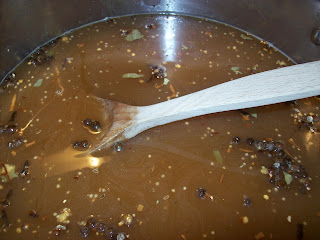 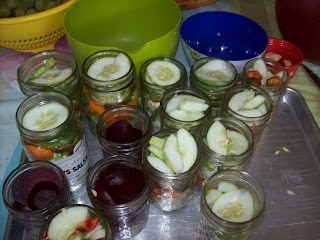 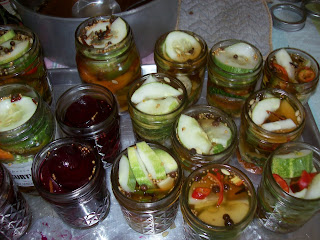 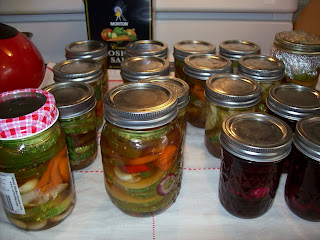 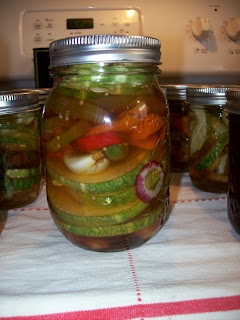 And there you have it!  Now I'll put them in the frig for a few weeks and let you know the verdict.  Taking photos of my cooking adventures and blogging about them has added a shit-ton of fun to my kitchen.  Thanks for watching!