Go back to your homes and places of business . . 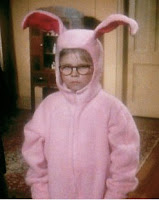 I'm as boring as death lately.  Nothing to see here.

Feeling blah going into the holidays.  Johnny C says I state this every December.  Even my predictability has become predictable.

Eating way too many carbs in the form of Christmas cookies and my energy level shows it.  Most days I just want to pull on my elastic-waist pjs and crawl into bed after work.  A good book or movie just seals the deal.

We had a wicked good snowstorm on Saturday - perhaps you heard about it?  It really was something to watch - from inside - with coffee.  Johnny C took it as a challenge and ran errands, including a coffee delivery to Deanna.  He's a mighty handy man that guy.  See below.

Next week school, and therefore my job, are out for winter break.  This year I resolve to keep my parenting expectations low - meaning I've given up on any Ma/Laura/Mary Ingalls moments.  Instead I'll just take it as it comes.  One thing I will do, even if it's by myself, is visit the American Swedish Institute in Minneapolis.  They are showcasing an exhibit on artist Haddon Sundblom - the man who solidified the American version of Santa Claus in the Coca-cola ads of the 20th century.  A coworker was gushing about all the other offerings there and now I'm determined to see it.  Anyone want to come along?  My great-grandmother Hannah Petersen from Sweden would be proud of me.

I blame the recent extreme cold for most of my ennui and angst.  Going outside when the air hurts is not much incentive to leave my flannel sheets.  And giant piles of snow just make every single errand such a damned chore!  The thick layering of mittens, parkas, scarves etc does not help - like dealing with the world from inside a sleeping bag.  Add to that the darkness that settles at 4:30pm.

Oh Solstice, where for art thou? 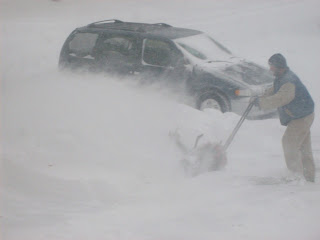 Watching the MN winters and weather over the years is brutal! I can't imagine how you all do it. Midwest winters were bad enough for me in St. Louis, but that is nothing compared to your weather.

The Swedish Institute is right by my house and I will be on furlough from the U. Think about it!

Also, I think the darkness gets to me the most. Hang in there! You are not alone.

I know. I KNOW! I feel much the same way. I have already gained 5 lbs. and it's not even Xmas yet. I blame limited daylight, subsequent seasonal affective disorder, and consequent cravings for carbs, sugar, and butter. Ugh.

If you drive up there on Monday, be careful! I hear it's going to snow more and be slippery.

I really don't care for Christmas, or December anymore. Too many good memories replaced by bad.

I love the flannel sheets and dread getting up in the morning. Boo Boo requires the heating pad on low to wake up...she comes to my room and says I steal her "cozy spot" unless I give it to her...

On low, with another blanket over - so no calling the authorities on mama!

Hmmm, will there be meatballs at the Sweedish exhibit? I'll only go if there are meatballs.

I am sleeping more too. I think it getting dark so dang soon and not wanting to risk life and limb to go out in ice/snow/bitter cold are very good excuses for you to stay in.

we were supposed to get that storm down here too, but all we got was an inch of snow and very cold temps..Not that I'm complaining at all.

Fran sent me over! Hi! I love the norwegian sweater post. my husband and I both have them, although we didn't buy them.

Anyway, I live in the Mpls. area and just wanted to say "Hi!" we mostly stayed in during the storm, too.

p.s. I used to go to the Swedish institute all the time when I was a kid.