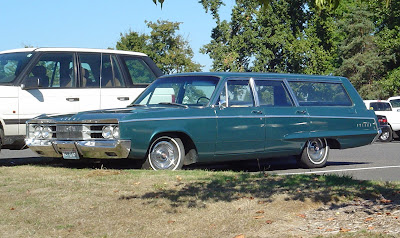 Best Car Ever in my life: a 1967 Dodge Polara station wagon.

My parents bought this car brand new in 1967. We were living in a pink stucco rental house in "the Flats" of Decorah, Iowa when they upgraded from a Pontiac. That car took our family on several adventures.

Every summer since about 1968, it drove us to International Falls, Minnesota to fish in Lake Kabetogama. Dad had bought a handmade car top carrier consisting of a dark green painted wooden box with suction cups on the bottom and a tarp on the top. Dad would load up the Evinrude outboard motor, the fishing poles, the tackle box, Winnie the dog, and all the groceries and we'd hit the road for a week in the northwoods. Don't worry, the dog went inside the car.

On the way we'd watch for familiar landmarks like the oil refinery in St. Paul, Little Oscar's diner in Cannon Falls, and the Frank Lloyd Wright gas station in Cloquet. That car had no air conditioning so we'd drive the whole way with the windows wide open, a Twins game on the AM radio, and Dad's cigarette dangling out the wing vent. One kid would flip the ashtray lids on the back doors open-shut-open-shut until Dad lost it. Another would fall asleep in the "way-back" but only for 15 minute intervals - Mom was convinced the rusting rear end would let in CO2 and suffocate us. And any combination of two sisters would have a hair-pulling fight over who crossed THE LINE they'd drawn to mark their space. Dad had an uncanny ability to keep that thing screaming along at 75mph while simultaneously smacking kids in the back seat. 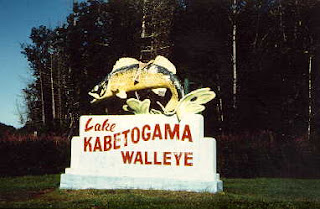 With a trailer hitch on the back, it hauled our small boat and motor on summer Sundays to Lansing, Iowa were we'd put in at the landing and motor up the Mississippi until we found a suitable sandbar. There we'd pitch a smelly canvas canopy, unpack the cooler, and play for hours in the current. Mom made us each wear those bulky orange life vests - she couldn't swim and her greatest fear was watching one of us drown. Dad would swim underwater and pitch us straight up in the air. When we hit the water, our bodies would keep going with the momentum of Dad's strong shove, but the life vest would stop our head and neck cold. Riding home on the vinyl seats in the summer heat with sand in the crotch of my swimsuit is a sensation I'm not likely to forget.

The Dodge drove us out to the Rocky Mountains to visit family. It also drove us along Route 66 through Barstow and on to San Diego. It drove to Metropolitan Stadium for Twin's games. It drove to the Apache Mall for school shopping. It hauled dogs, kids, innertubes, bikes, tools, and anything else we could load. 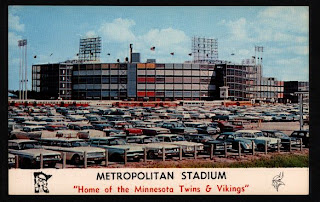 One of our favorites "rides" in the Dodge was THE TICKLE HILLS! There was a series of about 3 large hills on a gravel road just north of town. Us kids would stand up behind the front seat - the kind of front seat that was a substantial Wall of China - and put our hands in the air. Dad would floor it, and fly as fast as he could up those hills. I believe we were actually air born at the top on several occasions. We could chant "No Hands! No Hands! No LEEEAAANNING!" and at the crest of the hill we'd fly backwards on our butts, laughing hysterically. You'd get a visit from the Dept of Child Welfare for that kind of entertainment these days. 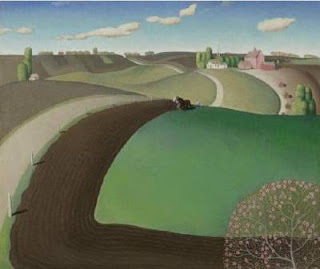 Everyone in our small town knew it was THE JENKINS' car. You could see that thing coming for miles. It seemed to be about 15 feet long. The steering wheel was about 2 feet in diameter and it accelerated like crazy. I learned to drive AND parallel park in that beast, and subsequently I can parallel park ANY vehicle. My Dad forced me out on to the gravel roads and made me drive 50mph so I wouldn't be afraid of them.

Towards the end of it's life, it was showing the wear and tear. There was a giant rust hole in the tailgate. My brother probably helped that along when he and his friends backed it up to the gravel pit, opened the tailgate, and used it for a diving board. It DID have a lot of spring! I finally killed it in 1980 when I wanted to learn to do doughnuts. So a friend and I drove to another quarry and spun for all it was worth, until a loud sickening CLUNK from underneath ended our fun. I had broken the drive shaft.

Dad was mad enough to spit nails. He had planned to drive it to the junkyard that summer and get $50 for it. But now we had to pay $100 to have it towed.

When I get to heaven, one thing I'll ask to do is ride in the Dodge's backseat with my Dad at the wheel, my Mom in the passenger seat, my dog Winnie and my siblings by my side, and a Whippy Dip ice cream cone in my hand. But please, no sand in my crotch.
Posted by Mnmom

Wonderful memories! When I think back to that childhood it all seemed so innocent and carefree. We had those kinds of road trips and vacations, and my dad was right there being a kid again. Do I think we let go and just get goofy like that, I don't know.
Thanks for the flashback............it was a good trip.

Our kids and grandchildren only "scoff" at the boats we used to drive. My daughter and I were discussing this very thing yesterday. there are many good memories there.

Great post, it brought a few good memories of my childhood to my feverish mind.

Thanks for clearing up the whole dog in or out mystery. For a minute there I thought your dad was Mittens Romney.

Girl you took me back down memory lane with this one! We had a 1969 Buick Skylark. It was green and made of steel. We might as well had been driving a military armored tank! But we loved it and those were the best times! Girl think you for this post. Needed to take me a stroll to "back in the day"...

Beautiful! I love it. You are so talented. You brought me right there.

We had a huge green Plymouth station wagon. I liked to sit in the "way back" and sing "On the road again". I do not recall a lot about it, but I do remember the day we sold it to another family. They just showed up out of the blue to buy it! I was so confused (and probably 4 yrs old).

The beast was actually 20 feet long and the new gargage? Only 19 feet-which meant that the garage door would rest on the bumper of the car! And, that car was also home to a family of mice. They moved in shortly after our brother "pimped" it out with burlap curtains. Oh, the memories...

My brother had a 75 Caprice Classic when we were in college. We drove it down to Arizona one year during Winter break. Can you imagine how much the gas would cost on that now?

Great memories! Can't wait to see what I dream tonight after reading this post. Hope it's not one of the many sister fights we had in that beast. Mom and Dad had a lot less money while raising us kids, but they sure made the most of it, didn't they! GREAT, GREAT MEMORIES - except the sand in the crotch thing all the way home on the hot vinyl seats. OUCH!

his is my first time i visit here. I found so many entertaining stuff in your blog, especially its discussion. From the tons of comments on your articles, new driver insurance