As if being broke and busted weren't enough, someone has stolen my teens' bikes!! Right out of our yard or shed. In the summer/fall we keep them parked behind a section of our backyard fence that isn't visible from the street OR they are locked in the garage. In the late fall, we move them to the unlocked storage shed in the far back end of our property. But this spring, they were missing. Both of them. My first thought was that the girls had left them at someone's house, but after multiple texting, phone calls and emails, they haven't shown up. And the fact that they are BOTH gone makes me consider theft. I've reported it to the Police Dept but nothing like them has turned up.

The first one is a grass green TREK much like this. I had bought it with the little bitty inheritance I received when my folks died. It has a great gel seat and a pop-off bag in the front. 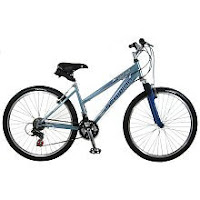 The second is a Schwinn, much like the one pictured, only purple.

As if I have the money to replace these now!!! I've placed an ad at Carleton college looking for students who need to leave their bikes in town for the summer, and would they mind letting my girls use them? I'm just sick about this: those bikes are the only mode of transportation for my kids.

We're feeling more than a little picked-on here at the Mnmom household. What's next? Sewer back up? A plague of locusts? A meteor crashing into the paid-for van? Does anyone know the name of a good shaman who can come over here, burn some sage, and get rid of the evil demons stalking my family? 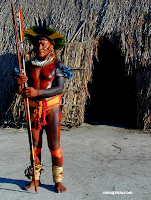 OMG, that is just awful!

BTW, in parallel lives, my girls bikes are green and purple, do you hear the creepy music playing in the background?

Anita, I do!!!! Do they share a room painted pool blue?

That is just sick! Who would do that?

The shared room is painted yellow, but has a blue beach theme beyond the yellow walls.

Pour a circle of salt around the house and while I'm driving down with the chickens, you read up on voodoo and get the children set up with some drums. If that doesn't end your streak of bad luck, we'll at least give the neighbors something to talk about.

I'm sorry the crap keeps flying where you live. All of our bikes were ruined after the tornado. We had all kinds of people offer us bikes that they never rode. I bet there are tons of people who have bikes they never ride, who would hand theirs over if they knew you needed them. We also have a bike library in Iowa City, where you can rent to own bikes that have been donated and fixed-up at very reasonable rates. You might want to see if there's something like that in your town.

That just sucks - big time. As I wrote about having stuff stolen from our cars last week, I'm with you. Very seldom do these people get caught, and when they do - it is justa slap on the wrist, so they can get at it again. I'm so sorry for your girls.

OMG, that is RIDICULOUS. And SHAMEFUL. And TERRIBLE! Seriously, how much should one family have to take?

When I was their age or a bit older, my bike was stolen right out of the yard of the family I babysat for all summer. I used to bike there and back. One day, when I was done, no bike.

The nerve of whomever!

I'm sorry about your run of crappy luck. I am wishing you tons and tons of good things coming your way!!!