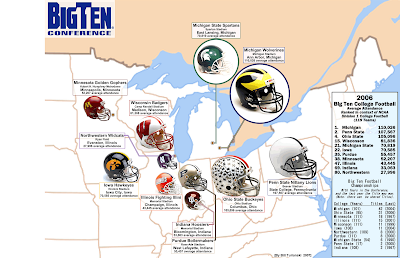 Our Annual Big Ten Tailgater Party was again a total blast. I will post the real photos soon.

Five years ago, some University of Wisconsin alumni and I were waxing nostalgic for tailgating and football at our Big Ten colleges. So we decided to have a tailgating party of our own, and five years later it's become a Fall tradition. We tap a keg, cook up some brats, and invite anyone and everyone to bring the side dishes. We have a trivia contest, a best-dressed fan contest, door prizes, and this year started a chili cookoff. Our friend JH has won first place in almost everything, included this year's chili cookoff so we'll have to ban him from future prizes. 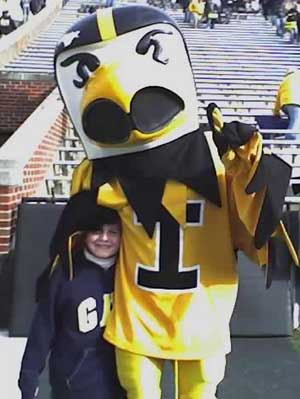 We take turns hosting this in our backyards. We set a couple of campfires and project that night's Big Ten football game on the side of the house or a large bedsheet. This year was Ohio State vs Wisconsin and gladly the Buckeyes beat the Badgers. There are just WAY too many Wisconsin fans at this party and they beat the crap out of my Iowa Hawkeyes last year, so I took great pleasure in their defeat. Yes, the Hawkeyes lost to both Northwestern and Michigan State these last two weeks but I just don't want to discuss that. 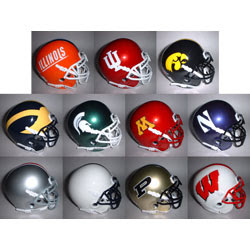 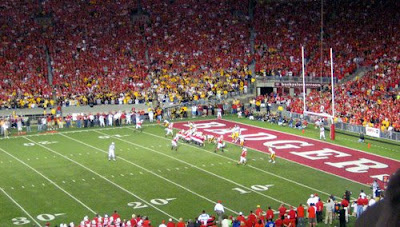 So ya'll better come next year or I'll hunt you down and demand an explanation. Watch here next September for further details. And if you know any Iowa Hawkeye fans in the Twin Cities area, give them my phone number.
Posted by Mnmom

I was in Northfield on Saturday, I should have stopped by!

I used to be torn because half my bride's family lived in Wisconsin, and the rest in Iowa. Whew.

I hate I missed it! It sounds like fun. I was here, stuck in St. Paul/Minneapolis with the horrible weather this weekend. Rain and cold are never a good mix. But I guess it could have been worse, could have been cold and snow!!

Hey Margaret I found you on my own! Great party, great chili, terrible game! Hope tonight's debate looks better than Bucky on Sat.

...
So are you able to get the Hawk game broadcasts on WHO radio..?? Or the Sound-Off show afterward..??

Always fun to hear the Hawk fans melt down after a loss.