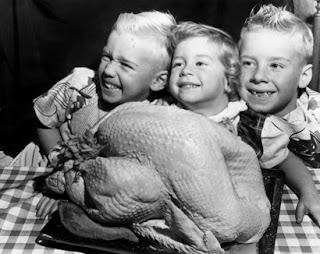 1. The louder some guy yells that homosexuality is a sin, the more likely he is to order-up gay prostitutes by the boat load.

2. SE Minnesota and NE Iowa have some of the most amazing midwestern vistas.

3. I saw 6 bald eagles sitting in a plowed cornfield today.

4. I don't feel horridly overweight, but photographs tell another story. I'm having a very difficult time accepting that I'm not a cute little 20-year-old anymore.

5. Michelle Bachman is in serious need of medication and therapy.

6. Read a great article on CNN today about Sarah Palin touring only smaller, predominately white cities. Draw your own conclusion.

7. I'm all for a single payer universal healthcare system in America, and I don't care if it's considered by some cretins to be Socialist. And by the way, my previous home - Iowa City - had a card-carrying Socialist on the City Council and she was a pillar of fiscal responsibility. Even the conservatives in town acknowledged that.

8. My extended family can COOK, I'm telling you!!

9. This is what I hope for Oprah's retirement - that she instead spends her time driving around the US and giving out wads of cash, and that she starts this tour at my house.

10. OK, I'll get on the bandwagon - Americans don't need toilet paper made from old growth forests. Now if only the eco-friendly stuff weren't $5 a roll.
Posted by Mnmom

I bet you can cook too! And I tell you what, I would not be 20 again even for the cute body and the lack of responsibility. Those times can stay in the past.

You could get a job as a new commentator and be a lot more truthful than those making the news, especially SP.

And now that socialist owns her own very successful business in Iowa City...

I'm so happy not be in my twenties too. I'm quite content to be a cute'ish, little'ish 40'ish woman now.

I think that as long as I stay in the healthiest shape I can, I am good enough but yeah, don't like that getting older part of the equation. :~)