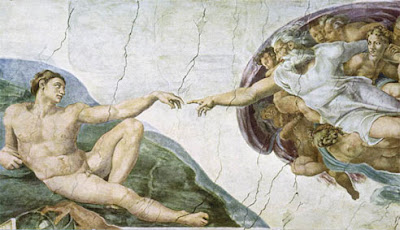 Let's talk religion, shall we?

Actually we're not going to talk so much as I'm going to blather on about my own beliefs and non-beliefs, and your job is to read or ignore. OK, ground rules set.

I was raised in a pretty cool Methodist church in Iowa. Northern USA Methodists are basically a liberal bunch and not much dogma to be found, expect that you're expected to sing in the choir and get on a committee. And their potlucks are scrumptious. My family's church was a great source of comfort when my folks died. The Methodist church I belonged to here in Northfield is not much different, and is the highest-giving congregation, per head, than any other church in town. All that giving is toward hunger relief and disaster relief. They rallied around me when I had breast cancer and are some of the greatest folks in town.

That being said, I find that organized religion has not found firm footing in my value system. In fact just the opposite. I've always been a huge skeptic belief-wise, but just LOVED singing hymns. My final break with the Methodists came when they discussed ONCE AGAIN whether or not the "gay lifestyle" was in keeping with Christian doctrine. When the big church said no, although all the northern members said yes, that was it for me. It was as though we were discussing whether blacks or women should be honored in our midst.

But beyond that, I truly just don't know exactly WHAT I believe. There's a frig magnet out there that says "People who seek the truth inspire me, people who've FOUND the truth frighten me". Kinda sad when your whole belief system can be summed up on a frig magnet.

I was listening to an atheist writer on NPR this morning. We was preaching the No-God doctrine with as much certainty as an Evangelical. I don't believe any human has reached anything NEAR the capacity to state the "truth". We haven't even grasped the concept of multi-dimensions and the time/space continuum, yet some of our fellow men claim to have found the absolute Alpha and Omega.

In my mind, science and a belief in something "bigger" are not mutually exclusive. I am a firm believer in the cosmos, evolution, and all that science uncovers everyday. To deny any of it is to deny the beauty of what your god may have placed in front of you.

I've also seen and experienced too many things to completely rule out that "something bigger". Some could just say I've had a lot of coincidence in my life, but I'm not so sure. And if Jesus said all those things written down, then that's one guy I can get behind. But I cannot EVER say there is one path to truth.

Guess I could have just said I'm agnostic, and saved you a lot of time.
Posted by Mnmom

Labels: religion, the glory of me

You should read Speaking of Faith by Krista Tippet. She has a spot on MPR... in her book she speaks alot about religion and science..I am a Methodist and struggle with some of the doctrine... but I keep plugging along!

I have declared myself an agnostic for quite a few years. Having been a part of Presbyrterian, Episcopalian and Lutheran churches - the doctrines are diverse - thusly, no answers. I'm comfortable with myself and owe no apologies. Although I believe I have been condemned to a multitude of "hellish" places because of my beliefs. :)

Agnostics are just Atheists not QUITE yet ready to make that final leap.

Atheisim is just the opposite of theism. It's the lack of belief in a god (or gods).

You most likely ARE an atheist when it comes to Zeus, Allah, Xenu, Myrtha, etc. etc. There are thousands of gods out there, and zero evidence for any of them to be taken seriously.

Hey! I feel pretty much this exact same way too.

I loved singing hymns in church too. I liked the fellowship when it was warm and welcoming and not judgmental. The other stuff about churches, not so much.

I never knew what agnostic meant until just now. You will find your way girlfriend--it's going to take faith to get us through this recession with our piece of mind.

Excellent post. Sure, you could've done the easy "I'm an agnostic" but that wouldn't have explained or illuminated anything. Just like the people who say "I'm (Christian/Jewish/Islamic/Hindu/Buddhist etc) without saying anything about how they arrived at that particular faith, or what it means to them.

My old bumper sticker:
"Militant Agnostic, I don't know and you don't either."

My only qualm with the "agnostic" label is that sure we don't KNOW....but we should know better.

If I tell you there is a purple winged troll living in my bedroom closet, but if you open the door to look at him, he will fly away unseen.

You can't PROVE he's not there. You don't KNOW he's there.

But come on. You should know better. There is no such thing as purple invisible trolls.

The rest of the religions are just as crazy.

To me, there is nothing funnier than a Christian saying that the beliefs of Scientologists (Alien overlords keeping human sould in volcanos) are crazy sounding.

What's the wiser choice.....doing the RIGHT thing for you and your fellow man because it's the right thing to do, or because of some threat of eternal torture from an invisible friend that 'loves you'.

That's the type of atheist whose belief is quite religious (a faith about deity) and deserves to be treated like any other religion.

No, because it's not a faith.

It's a lack of belief. Plain and simple.

I call myself disilusion, but agnostic is probably the best "official" label.

I say "I was raised to say that I was Catholic" and both sides of my family are Catholic, some more devote than others. My own Godmother is VERY devout and we have some great discussions about the beliefs of the church and social doctrine preached from the Vatican on down. We always agree to disagree, but I wish that someday she could respect that not everyone beliefs in the judgement of the Vatican and that government policy cannot match the Vatican for just that reason.

Sigh. I know there is something or some one or a whole crew out there watching over us, I just don't know how to express that and no organized religion fits just so.

I just try to live as I think is best for the greater good, to be there for my loved ones and community, and to be ethically sound (whatever that means!). I try to understand and respect people too.

HUMANISM is the only path....if you need an ism.