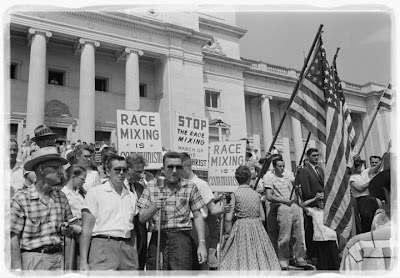 I didn't watch any of the coverage of the so-called grass roots convergence on the Mall.
Nothing sponsored by Fox and other big-money sources is grass roots.
And trying to bring decent health care to all Americans is not Fascism.
And Socialism is not Communism.
And you can't be a Socialist AND a Communist AND a Nazi.
And liberals are not at all interested in taking away anyone's Bible, or guns, or putting anyone in concentration camps.  Loss of civil liberties happens under conservatives. not liberals.
And America's honor was destroyed through torture, extreme rendition, an illegal war, rampant unregulated corporate profits, and 8 years of conservative rule.
America's honor is being very slowly restored by having an intelligent person in the White House.  He's not perfect, but he was legally elected by the majority of Americans.
Posted by Mnmom

I saw the most pitiful excuse for a car the other day with a cardboard sign duct taped to the rear window that said, "Home Sales Down 37% Obama and his clowns." I was all??? HUH??? He may not be cleaning up the mess as fast as we would like, but he did not CAUSE the mess...Idiot!

And I am quite sure the driver was struggling financially. I feel awful when people are struggling and really have no idea who they should be mad at.

I cannot even wrap my mind around how these people function.

Here's what Obama is doing to protect your civil liberties:

I know. I just think I should write AMEN! to everything you post.